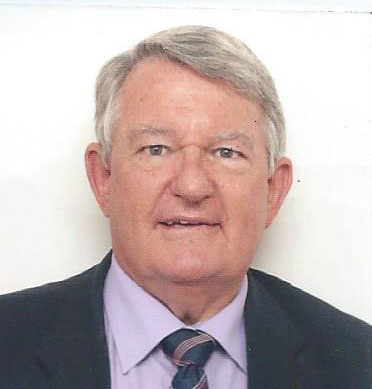 Her is a retired senior partner of PwC (PricewaterhouseCooper) in Central Africa. He is currently on the boards of a number of Zimbabwe Companies. Since his retirement from PwC he operates as a business and financial consultant.

Mike was an advisor of Major Gordon Howard for many years and joined the Board of the Complex as a trustee of the Combined Services Organisations Trust. He is the current treasurer.

Mr Frudd has been a member of the Rotary movement since 1976 and is a past president. Through Rotary he has been actiely involved in many different charitable activities over the years. He is Chairman of the Dorothy Duncan Centre for the Blind and Physically Handicapped which operates the Braille Library. He has been involved there for over 35 years. He is also a trustee of Pleasantways, another Senior Citizens’ Home in Mount Pleasant. He is on the Board of Trustees of OPHID, the Organisation for Public Health Interventions and Development. He is also their treasurer and advises other voluntary organizations. He is a committee member and financial advisor to the Association which runs the township at Mazwikadei near Banket.

My father was an electrician at the Cam & Motor Mine near Gatooma, now Kadoma, when I was born there in 1933. In 1938 the family moved to Shabanie mine and us children went to Primary School there. In 1944 the family again moved, this time to Gwelo, now Gweru, where I went to Chaplin High School. After finishing my A level exams in 1950, I went to the University of Cape Town, where I obtained BA and LLB degrees.

In January 1956 I was admitted as a legal practitioner and started work in the office of the Federal Attorney-General. The Federation of Rhodesia & Nyasaland was dissolved on 31 December 1963 and I was transferred to the office of the Southern Rhodesia Attorney-General, where I specialized in legal drafting and opinions. I attended the talks with the UK Government on HMS Fearless in Gibraltor. Two years later I took part in the talks with Lord Goodman that led to the Home Agreement. A few years later I was part of the Government team at the Geneva talks which went on for almost 2 months. Then in 1978 I was part of the team that had talks with Bishop Muzorewa which led to the agreement between Bishop Muzorewa and Ian Smith on a new Constitution which would recognize all Rhodesians, black and white, as citizens who were entitled to vote at elections. I drafted the 1979 Constitution, the Electoral Law and other legislation. Muzorewa and his party won the elections and he became Prime Minister. When he took office he told the Public Service Commission that he wanted the Secretary to the Cabinet and Prime Minister’s Office to be replaced because the incumbent had been working with Ian Smith for a number of years. The Public Service Commission decided to promote me to the post because of my involvement in the talks and the drafting of the new Constitution. At that time I was Director of Legal Drafting and Solicitor General. During my tenure in the Attorney-General’s Office I was awarded the Independence Commemorative Decoration (ICD) and the Commander of the Legion of Merit (CLM).

I became Secretary to the Cabinet and Prime Minister’s Office in June 1979. Within 2 weeks of my appointment I flew with the Prime Minister to Washington for a meeting with the President of the United States of America, Jimmy Carter. After the meeting we flew to London where we met Lord Carrington, the British Prime Minister. He had invited Bishop Muzorewa to a meeting in London. That meeting was followed by the Lancaster House Talks which involved Muzorewa, Joshua Nkomo and Robert Mugabe. The conference started in early September 1979 and lasted until mid December. It led to the appointment of Lord Soames as the Governor of Rhodesia and the general election which was won by Robert Mugabe, who became Prime Minister. He asked me to stay on as Secretary to the Cabinet & Prime Minister’s Office, which I did until June 1983 when I was appointed Secretary of Justice. Six months later, in January 1984, I was appointed Judge of the High Court and remained a judge for 191/2 years, retiring in June 2003. I was also President of the Fiscal Appeal Court, the Special Court for Income Tax Appeals the Patents and Trademarks Tribunal and the Copyright Tribunal.

After my retirement I have been working as a legal consultant and an arbitrator.
At present I am serving the on board of the following constitutions –
• Reserve Bank of Zimbabwe
• Health Service Board
• Athol Evans (CSOT)
• Voluntary Media Council of Zimbabwe Organisation